Radical transparency in modern usage has been defined as an organizational approach or acts that use rapid and abundant networked information flows to access process and outcome data that were previously confidential (see Hammond, 2001, Sifry, 2011). These radical measures are assumed to emanate from within the the organization as voluntary disclosure. To this regard, Kevin Kelly argued in 1994 that, “in the network era, openness wins, central control is lost”, while an explicit argument for “radical transparency” (Bernardi, 2001) was first made in a Foreign Affairs article on information and communication technology driving economic growth in developing regions.

Believe it or not, before the internet, radical projects of transparency did exist. The (now) boringly ubiquitous Hansard debates that publish verbatim the voices of Parliament offer one such case. The Open Diplomacy that the Bolsheviks and Woodrow Wilson competed for on populist ideological grounds offers another. Interestingly, both these cases commenced from radical actions outside of the institutional umbrella of government. Radical transparency has a sordid history of being involuntary and unwanted. It also has a history of being incorporated into the conduct of governance. How these two specific historical ‘radical’ acts of transparency folded into institutional governance is not just of historical importance, but provides applicable insights for future movements of government and organizational governance that move away from secrecy in search of what is defined as ‘good governance’.

Or at least that’s the notion I’m going to introduce at the Transatlantic Conference on Transparency Research in Utrech in June.

And you thought WikiLeaks was radical…. 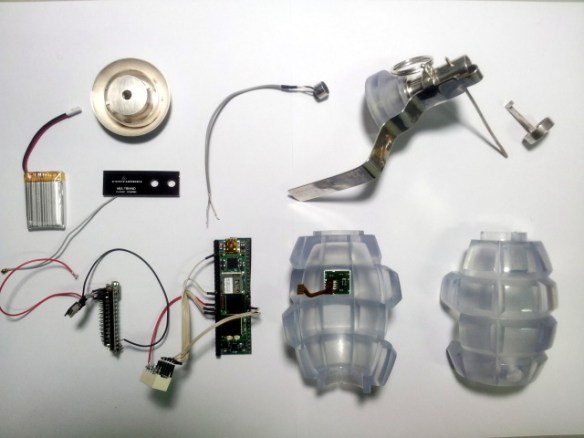 Enter the transparency grenade: Assemble, pull the pin, and BOOM! voice and data flows are sucked into this ARM powered ‘grenade’ that anonymously streams the information to a server “where it is mined for information”.

Specifically, “Email fragments, HTML pages, images and voice extracted from this data are then presented on an online, public map, shown at the location of the detonation.” 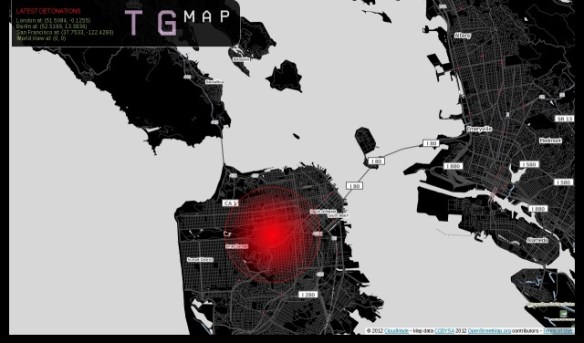 Apps are in development your garden variety smartphones (for those unwilling to lob a faux grenade at a meeting) that will carry the same functional payload. The immaterial explosion of the weapon’s ‘effect’ suggests destruction. Of what is the debate.

The framing of warfare and weaponry for transparency is anarchistic and provocative, but is also a reflection of the current networked terrain. Julian Oliver, the artist who created the grenade is quoted as saying “The volatility of information in networked, digital contexts itself frames a precedent for clamoring (and often unrealistic) attempts to contain it. One could even say it’s this desperate fear of the leak that produces images like my grenade, images that will continue to take violent forms in popular culture, journalism and presidential speeches in time.”

Oliver understands himself as a Critical Engineer (complete with manifesto) who exposes by exploit the influence of what is not readily known. There’s a great writeup of Oliver and his projects at we make money not art.